Sakichi Toyoda, founder of Toyota Industries, a Japanese craftsman, inventor developed the 5 Whys technique in the 1930s. It became popular in the 1970s and is still used by Toyota to solve problems to this day.
Toyota has a "go and see" philosophy. This means that decision-making is based on a deep understanding of what’s really going on in the business, not what they’re thinking in a meeting.
5 Why technique is true to this tradition is most effective when the answers come from people who have practical experience of the process or problem in question.
The method is extremely simple: if a problem arises, there are five "Why?" approach the root cause with a question. Then, when a preventive measure becomes clear, it is followed, thus preventing the problem from recurring.
When to use the 5 why analysis

You can use 5 Why for troubleshooting, quality improvement, and problem solving, but it is most effective when used to solve simple or moderate problems.
It may not be appropriate to solve a complex or critical problem. The 5 Why you can lead to following a single or a limited number of tracks when in fact there can be multiple reasons. In such cases, a broader method, such as causal analysis or failure mode and impact analysis, may be more effective.
However, this simple technique can often quickly lead to the root cause of the problem. So when a system or process isn’t working properly, give it a try before you try to approach the problem in more depth - and before you try to come up with a solution.
The simplicity of the tool gives it a great deal of flexibility and 5 Why it can be well combined with other methods and techniques, such as root cause analysis. It is often associated with Lean manufacturing, where it is used to identify and eliminate wasteful practices. It is also used in the analysis phase of the Six Sigma quality improvement methodology.
The 5 reasons to use

Gather people who know the specifics of the problem and the process you want to fix. Hire someone to act as a facilitator who can focus the team on identifying effective countermeasures.
2. Identify the problem

If you can, keep track of the problem. Talk to your team, write a short, clear statement of problems that you all agree on.

For example:
"Team A does not meet response time targets"
obsession
"Software release B resulted in too many rollback errors".

Then write your statement on a board or sticky note and leave enough space around it to add your answers to the repeated "Why?" Asked.

Ask your team why the problem is occurring.

For example:
"Why doesn't Team A meet its response time?"
"Why?" it sounds simple, but answering it requires serious thinking. In fact, looking for sound answers: they need to report on what actually happened, not guesswork as to what might have happened.
This prevents 5 from becoming only a deductive argument that can generate a number of possible causes, sometimes causing more confusion in the approach to hypothetical problems.
Your team members can bring up one obvious reason or more plausible reasons. Record your answers as concise phrases, not as individual words or lengthy statements, describing them below (or next to) the problem indicator.
For example: To say "challenges are too great" as a vague "overwhelmed".
4. Ask, "Why?" Four more times

For each of the answers generated in step 3, ask four more “why” in a row. Each time, look for the question in response to the answer you just recorded.

Tip:
Try to move quickly from one question to another to get a full picture before reaching any conclusions.
The 5 Why method also allows you to track multiple traces.
Step 5: Find out when to stop
You’ll know you’ve uncovered the root cause of the problem when you don’t get more helpful answers to the “why” question and can’t go any further.
I have already written about causation analysis (Ishikawa). Another effective method of analysis I will deal with FMEA next time. 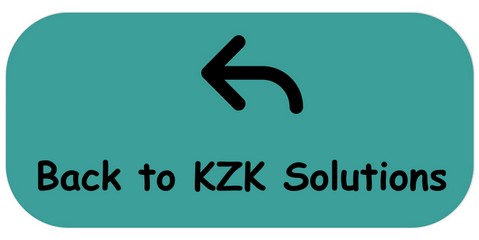